Our Culture and Human Values 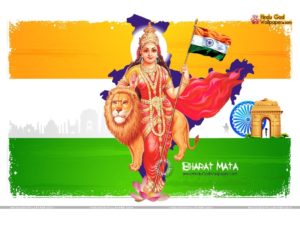 Ethics and values are important aspects of human life. Ethics is the study of what is right or good in human conduct. Values are set of principles or standards of behavior that are regarded as desirable and held in esteem in society. Culture is the primary aspect of human life. It is the way of living. It is the total of knowledge, belief, customs, habits, skills, arts, morals, values and standards acquired by man as a member of society.

Culture is the social heritage and get transmitted from one generation to another generation in society. We can develop better value system and better way of living by studying literature, by studying the life, experiences and teachings of great personalities like Mahatma Gandhi, Swami Vivekananda, Dr.Sarvepalli Radha Krishnan and etc., and by self exploration.

Today, the physical production of goods and services increased with the advancement of science and technology. Wealth of the countries increased with economic development. Along with positive aspects of development, many negative aspects have also grown. Lust for wealth, power and passion, corruption, crime, violence has increased. Socio- economic problems of human beings ie., unemployment, poverty, illiteracy, ill health, inequalities have not been solved. Without understanding the aspects of selfishness and greediness in human nature, without observing and solving the problems of domination and exploitation in human relations the socio-economic problems of human beings  cannot be completely solved.

Ethics is the study of what is right or good in human conduct values are defined as principles that promote well being or prevent harm. They are the key to meaningful life. We all want our lives to have some meaning, some direction some self evolved authority for guidance. Values give us all this.

When people living in a society observe certain values, there will be peaceful co-existence and harmony in the society. Development takes place in a conducive atmosphere. Socio-economic problems are solved Human development take place. Culture is the complex whole which includes knowledge, beliefs, arts, morals, law customs and any other capabilities acquired by men as a member of society. The culture of the people is their social heritage, includes anything that can be communicated  from one generation to another generation in society.

Human values are the values of human being, for human beings and by human beings. The morals and values are the foundations of human values. The sum total of all types of values constitute human values. They are integral part of Sanathana Dharma in our culture. In spite of changing societies, culture, human circumstances, some tentative set of values which have   an universal appeal and common to all people can be formulated. They are truth, love, peace responsibility and justice.

Sanathana Dharma is a great direction of human life for a perfect way of living on the earth for attaining human excellence and liberation. It emphasis four values of life or purushardas: Dharma, Artha, Kama and Moksha.

Kama is the attainment of pleasures of life. Everybody wants to live happily on the earth. We need certain goods to live happily on the earth for which we need money. It is called Artha. Artha is an end of life which is both desired and desirable. One has to achieve Artha and Kama on the basis of Dharma and finally attain Moksha. Moksha is the liberation of life from all the bondages.

Dharma regulates the conduct of a person who aims at Moksha. It may be called a code of Ethics. The underlying principle in our code of Ethics is that one should prefer what is good or meritorious   (Sreyas) to what is pleasant or pleasurable (preyas).

Dharma is the righteousness in action and it is the essence of the duty and it consists in reverence to parents, teachers, sages, truthfulness, charity, courage and kindness to all the creatures. It includes the performance of five yagnas or scarifies to the devas, pitrus, sages, men and lower animals.

Dharma  is divided into two categories Varna Dahrma and Asrama Dharma. The society is divided into four classes or varnas according to the nature and aptitudes of its members and prescribed dharma for each class. A man’s life is divided into four parts and each is called Asrama. The Asramas are the stages of life in the process of spirituality. They make the man given to secular life turn his mind towards spiritual life and finally to the realizations of the supreme self. The four asramas are Brahmacharya, Gruhastva, Vanaprastha, and Sanyasa.

The Brahmachari has to lead a well regulated life, practice self control and observe celibacy. He should be moderate in food, speech and conduct. He must acquire knowledge and wisdom necessary to lead further life.

A student who finished his studies or academic life should enter on the life of a household or Gruhastha. He earns his livelihood by doing hard and honest work for the maintenance of his family and others. The household should be hospitable, helpful to the needy and do his duty to the devas, pitrus, men and lower animals as the whole world is one.

The next is the vanaprastha asram. When a man reaches old age, he should transfer the management of the family to his children, he should leave gruhastha asram and retire to forest and spend his life in contemplation.

The next is the Sanyasa  Asram. The Sanyasi  gives up all sense attributions and attachments and even the celestial pleasures of Svarga . He has no attachments or aversions, he returns love for hatred and lives for others. He is one with God and sees all things in God and God in all things.

4) Our culture and values.

India is the land of Karma and Dharma, peace and bliss. It existed from times immemorial . It is a vast  country with  vast population of different races, religions, regions and languages. All the living faiths of the world are here in harmony with peace and amity.

Our country stands for the ideals of austerity, renunciation, nonviolence, peaceful                   co-existence and absolute tolerance. Ours is the land of gentleness,   generosity, ethics, sweetness, love and etc,. Life in our country displayed in all activities. However, our country has never put the material survival above the spiritual values.

According to Dr.Sarvepalli Radha Krishnan Abhaya (Fearlessness), Asanga (Non attachment) Ahimsa (Non-Violence) constitutes the qualities of Indian ness or Bhartiya culture. Unity in Diversity is the special feature of our culture. The spirit of this land from the times of Rugveda                              till today asks us to move together to develop common ideas and purposes.

Meet together, talk together

May your minds comprehend alike?

Common be your actions and achievements

Common be your thoughts and intensions

Common be wishes of your hearts

So many there be union amongst you

According to Mahatma Gandhi, Socialism was stated in the first sloka of Isavasya Upanishad.

All that lives or moves on the earth exist in the glory of God. Enjoy what he bestows on you. Set not your heart on what is possessed by others.

Mahatma Gandhi said, ‘’ I have nothing new to teach to the world. Truth and Non-Violence are as old as the hills. According to Gandhiji, A non violent state is not possible as long as the wide gulf between the rich and the poor persists and majority of the people are not able to get basic needs of life. Swamni Vivekananda praised work with non attachment. He said spiritual help is better than physical help. He advised youth to follow practical vendantha  and develop the qualities of sacrifice and service. He said, ‘’unless the masses are well fed, well educated and well cared for,        no amount of politics would be of no use.’’

The Sanathana Dharma preaches equality of all human beings and promotes peaceful co-existance. It consists the qualities of satyam, indriyanigraham, Tapas, Suchi, Santhosam, Lajja, Orupu, Rujuvarthana, Jnanam, Mano nigraham, Dhaya and Dhana (Truth, control of sense pleasures, physical exercise to make the body fit for spiritual duties, cleanliness, happiness, moral sensitiveness, patience, straight forwardness, knowledge, control of mind, sympathy for the suffering of others, giving to others what one has. )

The statements Ahimsa Paramodharmah, Satyamnasti Parodarmah reveal that Satyam (Truth) and Ahimsa (Non-Violence) are the Paramadharma. Satyam, Ahimsa, Saucham, Asteyam, Aparigraham (Truth, Non-Violence, Cleanliness, Non-Possession, Non stealing) are common social values.  Whatever the others do is not pleased to you, you should not do the same to  others is the highest moral of human relations. Manava Dharma or Humanity is above all the dharmas.

Our Dharma sastras indicated certain virtues to be acquired and certain vices to be avoided by human beings. The virtues are

(8)Dana-Giving to others what one has

(9) Daya-Pity or sympathy for the suffering of others.

(10)Tyaga –Renouncing what is not good to one self.

(13) Ksama– Spirit of endurance, ability to bear pain caused by others.

(15)Sraddha: Reverence to the elders.

After independence, we have been marching towards the goal of a developed nation. We achieved high growth rates but we have lost our cultural and spiritual values. According to Swami Vivekanda, the Indians who lost the Indianess must regain it.

Every body talk about values and falling morality. People from all walks complain that man has excessively became self centered. But the problem is how to increase morality in human beings, how to promote human values. In the past joint families played a crucial role in human relations. Now the joint families became nuclear families. Parents, teachers, spiritual trainers,  Spiritual messages play  important role in developing human values. Human values are to be rooted in the minds of human beings from the childhood and primary education through moral science education. However, in human relations and human development one must travel on his own path. We can develop better value system by studying literature, by studying life, experiences and teaching of great personalities and by self exploration. The best method of developing human values is only introspection and self exploration or looking inward. It is the process of self evaluation through self investigation, knowing one’s character and conduct, improving it and living in harmony with self and others.

1,256 Responses to Our Culture and Human Values- S.Sita Rama Murty